Pottsgrove Reverses Cancellation and is Back 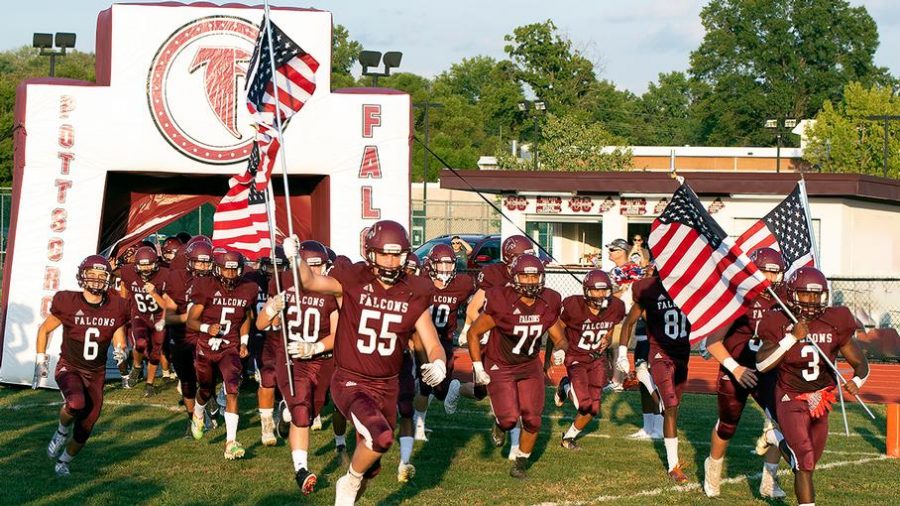 On Tuesday, September 22nd, Pottsgrove School District voted to have a season this fall.  Previously, the district had told the football program to not participate in games in response to the risk of COVID-19.  However, the motion to allow football competition was approved by a large number of board members.

Before the reversal, football had been the only fall sport at Pottsgrove that had been withheld from competition.  All other sports had been playing since September 7th, following the Montgomery County Office of Public Health Guidance For Sports’ recommendations.  During this time, the team had been working on skills and conditioning – under this recommendation.

The Falcons are now looking to play non-PAC teams, because the PAC’s other six teams that have been confirmed to play already have a league schedule.  Pottsgrove is coming off of a 2019 season that was 2nd in the Frontier Division, behind Pope John Paul II.  This season, the falcons are scheduled to face Pope John Paul II, Upper Merion, Phoenixville, and Methacton.

To say the least, the players are excited.  Junior, Max Neeson says, “If we put in the work and focus on doing our individual jobs, I think we’ll have the outcome we expect”.  Freshman Jamie Bean keeps his input short by saying, one word: “hype”.  Pottsgrove has a chance to take the opportunity they’ve been given, and make this a memorable experience and winning year.