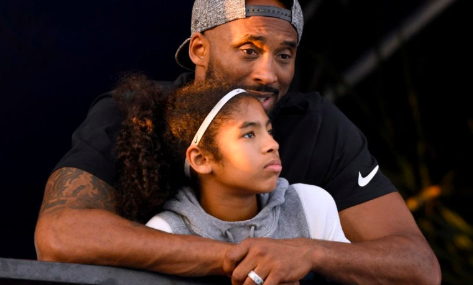 Kobe Bryant was an American professional basketball player who had played with the Lakers for 20 years. But since Sunday morning, the terrible news had spread like a wildfire, Kobe Bryant had died. Kobe had died in a helicopter crash in Calabasas, California sometime Sunday morning. Not only did it kill former basketball player Kobe Bryant, but it had killed 9 other people on board, including his 13-year-old daughter Gianna. Considering that TMZ had reported it, none of us believed it at first, we all thought it was a sick joke, but then dozens of different news websites like CNN and NewsToday had also reported it. That’s when the news started to sink in on fans everywhere.

“I might not be a lakers fan or was in love with Kobe but i loved how he played the game and gave it all he had. If it wasn’t for him, I wouldn’t have the same “mamba mentality”.” Says ninth grader, Brendan O’brien. Another student tells us, “I think it was a tragedy that Kobe, Gianna, and all the others who passed on Sunday morning– although I do think that it could have been prevented. If they listened to the fog warnings they could have still been here today.” Says Junior, Lacey Irvin. “I think the situation is very sad and tragic. I feel terrible for the families affected and all the children. I was straightening my hair when I found out which is pretty on brand for me.” Says Sophomore, Alexa Baker. An anonymous student says, “The media is only focusing on him and not the family that also had died and now left a 12 year old alone in this crappy world because Kobe was famous while the other family isn’t getting enough light in this matter.”