Music of the Falcons 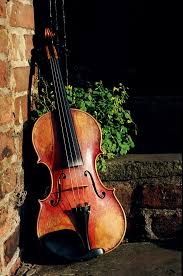 The music program at the high school is something to be very proud of and a key aspect of the school.  The programs we offer are choir, band, and orchestra. All three groups have a variety of activities to offer. The directors strive for excellence throughout the three groups.

There are two new teachers for these programs. The new band director is Ellie Zerefos and the new choir director is Sarah Fritshaffer. William Einhorn has been the orchestra director since 2009. Previous to coming to Pottsgrove in 2009, he says, “I served 2 years as district orchestra director for Cecil County Public Schools in Cecil County, MD. I currently serve as Principal Viola of the Main Line Symphony Orchestra, Wayne, PA and I also serve as the Assistant Conductor.” Mr. Einhorn also conducts the Middle School orchestra as well as our High School orchestra.  Before coming to Pottsgrove Fritshaffer was employed at the Antietam School District in Berks County, she conducted the Middle School and High School choir at this district.

The orchestra has different groups that start to practice after the winter concert. The whole orchestra performs right before winter break, they practice from the beginning of the year and usually play around five pieces. After the winter concert the orchestra starts to prepare for the big concert, the spring concert. There are usually two groups that perform during this concert. Outside of the concerts, the orchestra also goes on two trips. One trip the orchestra attends is to see a live orchestra in Philly, and then they go to the Reading Terminal Market. The other trip they attend is called Music in the Parks, which is where the orchestra performs at six flags and then gets to hang out in the park for the day. The orchestra strives for greatness and they have achieved this goal for many years.

The band is a very large part of our school. They contribute to the football games, our student body, and our community. The band has many groups, some include: jazz band, marching band, and the concert band. The band group performs in the winter and spring, but throughout the year there are competitions they perform in.

The choir has many different groups that a major section of our student body perform in. The new choir director is doing a great job at keeping this program alive. She has many groups, some including: falcon singers, concert choir, show choir, and acapella. Some of these groups require tryouts, but the falcon singers group is open to any singers that would like to join. This program is a key asset to our school. Some of the students tryout to sing the national anthem and the alma mater at our football games. This not only contributes to our school, but also to our community. Mrs. Fritshaffer claims, “My goal as a music educator is the cultivate and foster a community rich in creative, excellent, and engaged musicianship.”  She would like to improve and help our choir classes grow.

These groups provide an outlet for our student body to perform in and be apart of.