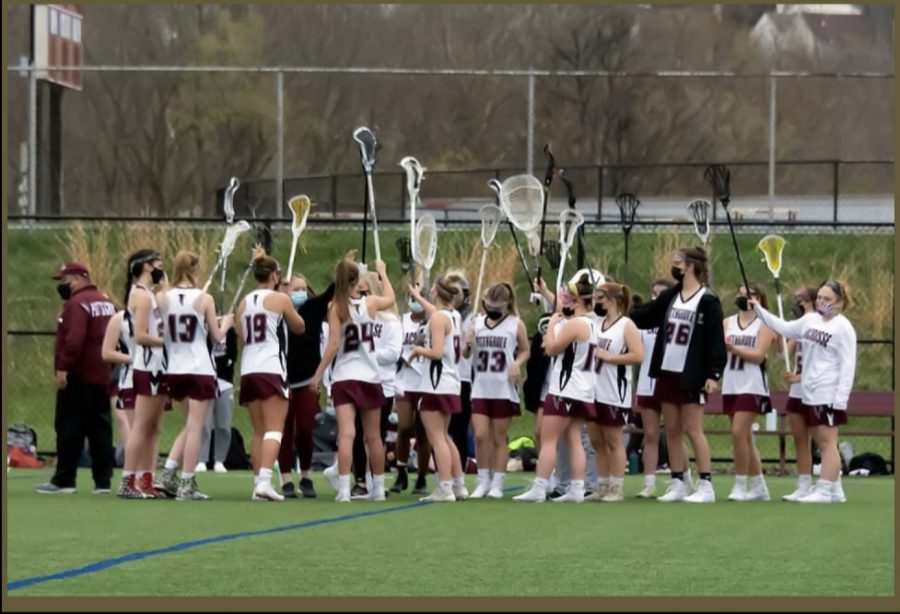 With the Pottsgrove girl lacrosse team coming off a tough 14-15 loss against Boyertown, the girls were looking for a win. two years ago against PJP the Pottsgrove Falcons were victorious with a score of 17-15. Right off the bat, Riley Simon netted three goals for the falcons. Sydney Wasdick had a hat trick in the first half and Sydney Tornetta had two. Katie Bean netted a goal for the falcons with a beautiful trick shot. At the half the Falcons were up 11-7. Lilly Gurrette, goalie, ended the half with two saves!

Still hungry for more goals, Simon netted two, Wasdick had three more, and Alaura O’Neill scored 1. “As good as our attack was doing this game, our defense held PJP so they couldn’t get a shot off,” says junior midfielder Sydney Wasdick.

Sierra Potts had five interceptions which helped get the ball back on attack so the attack could score. With the clock running out of time, Alaura O’Neil netted on more right before the end of the game. Mackenzie Johnson, goalie, ended with two saves in the second half. The Pottsgrove Falcons had done it again. They won 18-6.

“This was an all around great game on both sides of the field. Our defense was tight and not letting any girls get open, and our attack was racking up the goals,” says senior midfielder Sydney Tornetta.

What a great day to be a Falcon!!!