Highlights of the Oscars Academy Awards 2021 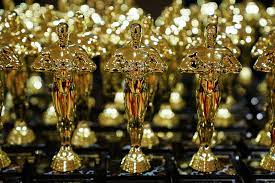 This year’s Oscars was unlike any other. The 93rd annual Academy Awards displayed more diversity than previous years. With nominations for best picture from all-Black producers and two women nominated for best actor—it was a change from the predominately white male nominations in past years. The movie, “Soul” won the best animated feature award—the first Pixar movie with a black lead character. This year’s Awards emphasized the inclusion of different races in Hollywood.

The Oscars’ television views were at a record low this year. It is estimated that almost 60% less people watched the Awards. This could be due to the changes in the actual ceremony due to Covid-19.  The Awards contained more speeches and less comedy and musical performances. Many people were disappointed with the Awards and New York Times called it “a dead room”.

Anthony Hopkins won an Oscar for best actor in an upset against Chadwick Boseman. Hopkins was nominated for his role in “The Father” and Boseman for his role in “Ma Rainey’s Black Bottom”. Because the best actor award was the last of the night, it was expected to be a tribute to Chadwick Boseman (who died of colon cancer this year). Hopkins unexpectedly won, and messaged in a video accepting the award.  In the video, Hopkins paid tribute to Boseman and expressed his gratitude for winning the Oscar. You can watch the tribute video here.