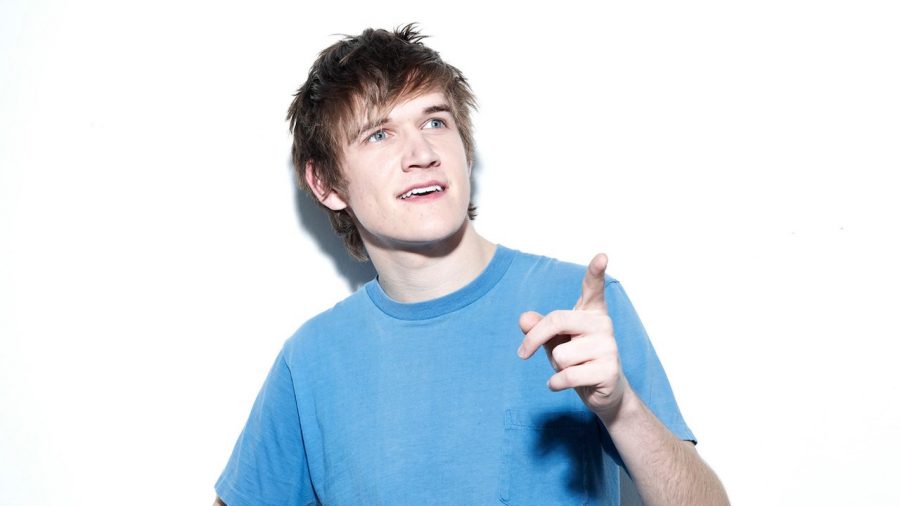 Maestro comedian, Bo Burnham, marries intricate musical selections with self-deprecating humor in his Netflix specials that will be sure to make you painfully chuckle as you sing along with the lyrics.

This Massachuesetts born comedian got his start in 2006 when he started publishing videos on Youtube of his original songs. The videos he had posted gained traction and have amassed millions of views which gave him a platform to show off his music, comedy, and poetry. Burnham has indulged in various projects prior to his iconic Netflix comedy specials that generated many amazing songs. One song that really sticks out in particular within his repertoire, prior to his Netflix specials, is his song Art is Dead from his 2010 Amazon Prime comedy special Bo Burnham: Words, Words, Words. This is a very self aware song that many mentally ill ex-gifted kids relate to. This song discusses the degree of narcissism that it takes for a person to be a performer and the insecurity of feeling not worthy enough for the praise that is given. Burnham uses a metaphor to explain what being an entertainer is like in the lyrics. Burnham sings, “Have you ever been to a birthday party for children? And one of the children won’t stop screaming, ‘cause he’s just a little attention attractor. When he grows up to become a comic or actor, he’ll be rewarded for never maturing. For never understanding or learning that everyday can’t be about him.” Those lyrics alone show how talented of an artist Bo Burnham is and it is quite a contradiction for him to write a song of that title. But, it also shows genuine vulnerability for him to be speaking of insecurities of that magnitude. This particular song shows early on that the topic of discussion in the majority of his songs will be relating to his insecurities and mental health.

In 2013, Bo Burnham performed and recorded a stage show, entitled Bo Burnham: what., is streamed on Netflix. This show has a broad array of songs throughout its catalogue that will be sure to be stuck in your head for days on end. Some of the songs that Burnham has performed in this exact performance would be easily recognizable to many of the readers of this article. Probably his most recognizable song, Left Brain, Right Brain, is in his repertoire for this production and it describes the analytical side of his mind and the playful side of his mind being at war with one another and creates a sophisticated metaphor about his journey of how comedy helped him cope with his mental health issues. Early on in the performance, Burnham performs a song called Sad and it discusses a bunch of amusingly depressing scenarios, but he puts a spin on it to show that comedy could help people cope with the horrors that the world occasionally offers. “The world isn’t sad! The world is funny! I get it now I’m a sociopath!” Burnham exclaims sarcastically as he begins to list more tragic events within the song. His song, Repeat Stuff, Burnham pokes fun at his own career choice and shows how some entertainers capitalize off of the insecurities of their audiences to gain a profit through simple, catchy jingles. Those are only a handful of the abundant, hilarious songs that Burnham performs during that night in 2013.

A mere three years later, in June of 2016, Burnham forged another memorable recorded Netflix stand-up comedy show entitled Bo Burnham: Make Happy. Burnham headed to the stage in his gray t-shirt and performed a bunch of truly exemplary compositions. The most well-known song from this specific show is Lower Your Expectations where Burnham attacks the idea of the perfect relationship and how, “Prince Charming would never settle for you.” At one point in the show, Burnham gibes at the troupes that the majority of country songs have in their lyrics in his song with the straightforward title, Country Song. Burnham, finally, wraps up his show by performing the song Can’t Handle This, that was inspired by a Kanye West concert he attended, where he humorously sings about his crisis that he cannot fit his hand into a Pringle can and his burrito from Chipotle fell apart. Bo Burnham: Make Happy is a very entertaining sixty minute long show that will be sure to make you laugh at the absolutely absurd jokes that Bo Burnham makes throughout the runtime.

Though Bo Burnham has stepped away from limelight in the world of stand-up comedy, he still has tended to creative outlets through writing and directing films, such as the movie Eighth Grade. Eighth Grade, available on Hulu, Burnham wrote to indirectly tell the story of his humble beginnings as a young creator on Youtube. Though Burnham isn’t front and center on a stage anymore, it still is comforting to know that his creativity still is manifesting in one way or another. If you have a free hour or two, be sure to chill out and check out some of his marvelous shows and get a laugh out of the witty retorts Bo Burnham peppers in his shows.