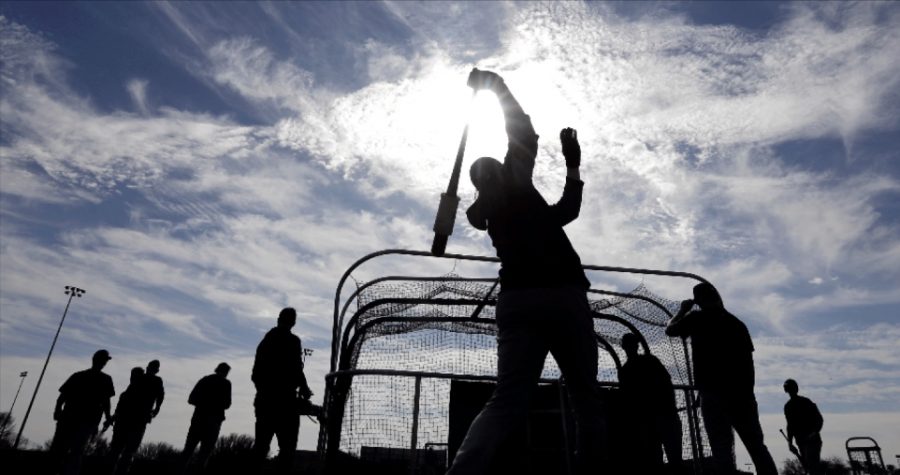 Last week, pitchers and catchers all 30 MLB teams had reported to Spring Training for their first official workouts. Position players are not too far behind however, as 21 of the teams will be arriving this Monday, February 22nd, the other nine will be reporting the next day.

The MLB has recently made a Covid-19 friendly schedule that it worked on with the MLB Players Association. All Cactus League teams will play in Arizona in twenty-eight games over a span of thirty days. On the other hand, all Grapefruit League teams will play in Florida for twenty-four to twenty-games in that same exact span. To limit the amount of travel throughout Florida, the Grapefruit League will be split up into groups. Teams located on Florida’s coast will play all twenty-four games only against the other teams in their group. However, those on the west coast will be divided into two smaller groups that will play twenty-eight games. Fans are expected to be allowed at games in a limited amount of course and all safety protocols will be in place.

On top of spring training starting, a recent meeting with the commissioner and the Major League Baseball Players Association occurred. The outcome of this meeting was that the MLBPA rejected the MLB’s recent proposal that the league should have a 154 game season with a delayed start, which is only eight games less than a normal season. In a response to this, ESPN reporter Jesse Rogers states, “In simple terms, the MLBPA had no incentive to change the calendar. Pitchers were already ramping up for a mid-February start, and remember, teams are back to traveling cross country for games. The last thing players want is a compressed schedule, and some even wonder whether waiting a month would help all that much in terms of the pandemic anyway.” Another ESPN reporter Aiden Gonzalez says, “I will add, too, that expanded postseason proved to be a major sticking point.

Another, which granted Rob Manfred (MLB commissioner) additional power to cancel or suspend games with regard to the ongoing pandemic, was cleared up when the league offered to change its language on the subject on Monday.” Overall, the MLBPA doesn’t think that expanding or delaying any amount of time to make up for Covid reasons will improve the season and thus hurt baseball.