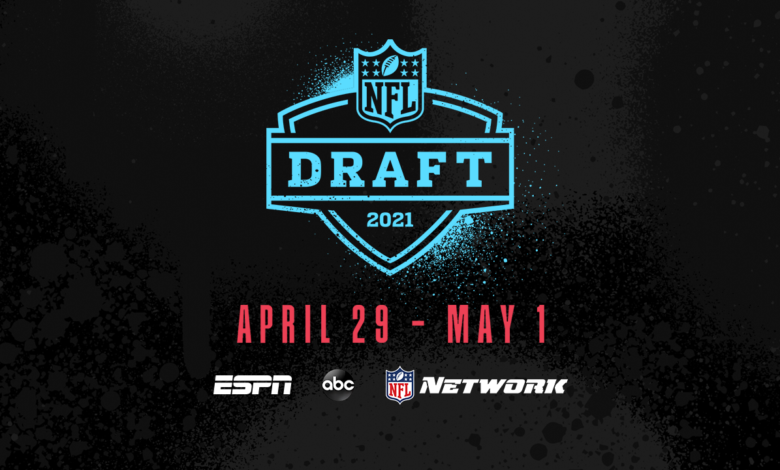 It is about two weeks away from the start of the first round of the 2021 NFL draft, starting on April 29th, and there have been hundreds and maybe even thousands of mock drafts, predictions, and speculations over who each team will pick. This year, the draft will be held in Cleveland, Ohio, and so far the NFL has had only ten players commit to attending this year’s draft.

Among these players are Alabama stars, QB Mac Jones and WR Devonta Smith. Both of their draft stocks rose exponentially as they were the best quarterback and wide receiver duo in college football this past year, also leading their team to an undefeated season and a  national championship win against Ohio State. As of right now, a lot of teams are looking to take a first round quarterback and the 49ers are pretty high on Mac Jones. Pro Football Network’s Tony Pauline says, “What I’m hearing, yeah, the Niners may like one of the quarterbacks more than the other, but they’re comfortable with many of the three guys because they like the skills of all three quarterbacks. …I’m just hearing, at this point in time, it’s not a given that Mac Jones is going to be selected by the Niners with the third selection.” It is never a given with the draft because there are other quarterbacks who are projected to be at the top of the list. These notable quarterbacks are Mac Jones, Zach Wilson, and Justin Fields.

Zach Wilson is a 6’3, athletic player from BYU that has been seen going in mock drafts as high as second overall. A big debate is who should be taken higher, Zach Wilson, or 2019 Heisman Trophy nominee Justin Fields from Ohio State. Fields coming out of high school was the number one dual threat quarterback of the class of 2017 and led Ohio State to back-to-back College Football Playoffs.

However, there is one other name in this class that is a given, Trevor Lawrence. The 6’6 flowy haired human rocket launcher is the consensus number 1 pick in every mock draft, to every analyst, and to every person with two eyeballs. The Jacksonville Jaguars will most definitely take Lawrence number 1 overall, and if they don’t…someone’s getting fired.