Comedy is Something You’re Known For, John 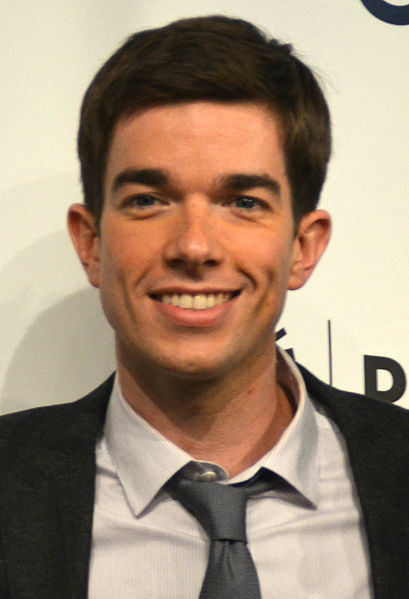 The Chicago born comedian, John Mulaney, spread infectious laughter to masses of people through his three comedy specials that he has on Netflix.

In this almost year long quarantine, people need to find ways to spark joy in their daily lives. Most people turn to TV and film as a form of escapism to elude from the troubles of their daily lives. If you’re looking for a show that will be sure to make you laugh until you fall off of your chair, be sure to check out comedian John Mulaney’s work. John Mulaney is a highly acclaimed comedian that is well known for his work on his three comedy specials that are available on Netflix and his work with writing and starring in Saturday Night Live. The subject matter that Mulaney mostly covers in his comedic monologues are anecdotes from his life that are so bizarre and absurd that the audiences cannot help but laugh. Each of his three comedy specials have their own quirks that make them simply unique from one another and make you chuckle over something different for each show.

He started off strong right off the bat in his very first comedy special in 2012, John Mulaney: New in Town. Mulaney goes over autobiographical accounts of droll events that have happened in his life. John Mulaney recounts stories from his peculiar encounters on the streets of New York City, such as when he talks about his fear of brutally honest thirteen year olds. From that bit of the show, Mulaney explains, “Thirteen year olds are the meanest people in the world. They terrify me to this day. If I’m on the street on like a Friday at three pm and I see a group of eighth graders on one side of the street I will cross to the other side of the street. Because eighth graders will make fun of you, but in an accurate way. They will get to the thing that you don’t like about you.” Mulaney also talks about his beef with an employee at Blockbuster Videos back in the day. Mulaney also dedicates a large part of his show to explain the quirks of being raised by two lawyers. Mulaney discusses a broad array of other events in his life throughout the hour long runtime. Mulaney effortlessly put humor into the atmosphere with each word that he spoke on that stage making it an absolute delight to view.

In 2015, John Mulaney: The Comeback Kid went onto the Netflix screen and it was a stand-up comedy special that John Mulaney did back at his hometown of Chicago, Illinois. The show starts off with Mulaney talking to his adorable, miniature French bulldog, Petunia, in the dressing room before his performance. He walks out on stage to a roaring applause and he starts his sixty one minute soliloquy. Of the topics discussed some of them were about the joys of his new marriage to Annamarie Tendler, his puppy Petunia, his upbringing with Catholicism, his amusing real estate agent, his commentary on how strange the movie Back to the Future was, and the time that he met Bill Clinton before he was president. This batch of topics will be sure to make you die laughing for at least one of his many stories.

The latest Netflix special that John Mulaney has put out in 2018, and arguably his most hilarious show, is his show John Mulaney: Kid Gorgeous at Radio City. In John Mulaney: Kid Gorgeous at Radio City, Mulaney uses his sixty four minute time slot to provide comedic commentary about many side-splitting events that occurred in his life. He had many prodigious, notable comedic moments throughout this appearance. His most recognizable skit from that show is where he discusses the fright he had that was induced by the stranger danger assemblies, affectionately titled Street Smarts, that were held at his elementary school in Illinois that were hosted every year by Detective J.J. Bittenbinder. During this part of the act, Mulaney stated, “So Bittenbinder came every year with a program to teach us about the violent world waiting for us outside the school gym, and that program was called Street Smarts! ‘Time for Street Smarts with Detective JJ Bittenbinder. Shut up! You’re all gonna die. Street Smarts!’ That was the general tone.”Another notable moment in Mulaney’s show was when he described how the university that he attended, Georgetown University, charged him $120,000 in college tuition and poked fun at the high expense of a college education in the United States. Yet another memorable point in the show was when Mulaney recounted the time that Mick Jagger, British rock legend from the band the Rolling Stones, told him that he was, “Not funny,” to his face when he was helping Jagger out with an SNL skit. John Mulaney is a comedic genius that will be sure to crack you up to the point of tears. We all need a laugh after living through dozens of historical events over the course of the last year, so be sure to check out some of John Mulaney’s comedy.